I combine photographs with narrative text in my practice, which focuses on natural landscapes and the worlds surrounding them. Several early articles became  long term projects and eventually books, including Along the Wisconsin Riverway (University of Wisconsin Press)  and Firelines (University of New Mexico Press).  Each book contains more than 90 black and white photographs accompanied by essays which describe the places, relevant issues, and my own process in discovering and recording them.

Other published work includes commercial ads, posters, magazine covers, brochures as well as selected photographs for books by other authors.

I have been captivated by fire—in the form of controlled burning—since 1998. A passionate concern for our environment led me to this photographic project, which is documented in this video.

Firelines has as its theme the transformation of the American landscape by fire. “Controlled burns” of forest, savanna, wetland, and prairie lead to regeneration, a practice going back millennia.

My photographs freeze-frame this process, catching in a split second the moment when fire is actor and conductor of change. Eighty-nine of these large format black and white photographs are in my new book Firelines, published by the University of New Mexico Press in 2017. Two essays and a foreward by Curt Meine complete this coffee table book. (List price: $35) 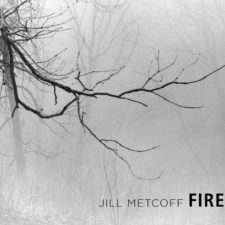 Along the Wisconsin Riverway

The last undammed ninety-two miles of the Wisconsin river, from Prairie du Sac to the Mississippi, are featured. The book showcases five landscapes which embody the beauty and controversy surrounding this jeopardized part of Southwestern Wisconsin. Here in the only unglaciated area of the Upper Midwest one sees primeval sloughs, towering sandstone bluffs, upland woods and native prairies. Rural farmscapes often complement this primitive world while other human activities sometimes degrade it.

To lend an air of timelessness to the black and white format, the 110 photographs were taken with two antique cameras — a 1914 Kodak Autographic for panoramic views and a 1940’s era Rolleiflex twin lens. The past is also recalled through a personal essay about my twenty years photographing this stretch of river valley along with quotations from celebrated area natives such as John Muir, Frederick Jackson Turner, Aldo Leopold and Frank Lloyd Wright. (List price: $35) 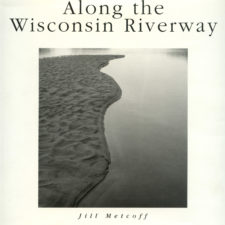