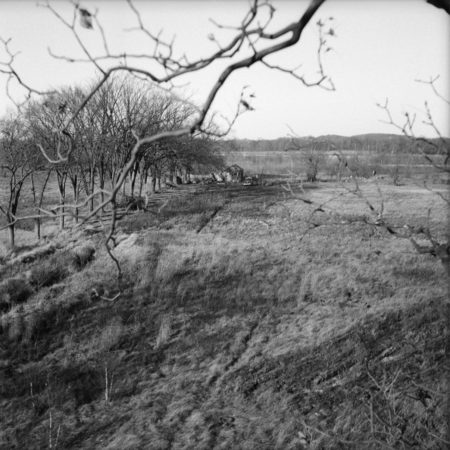 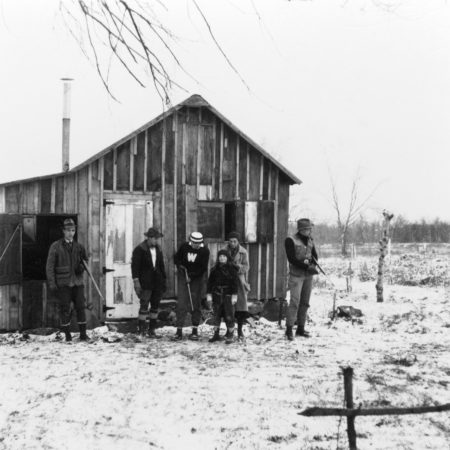 Left: The distant Shack shot from the hickory tree that still stands by the gate. Carl Leopold, 1939.

Then and Now – The Shack Landscape

“On this sand farm in Wisconsin, first worn out and then abandoned by our bigger-and-better society, we try to rebuild, with shovel and axe, what we are losing elsewhere.”
– Foreword, A Sand County Almanac

The sandy soils, outwash from the glacier, had produced one or two crops of corn, perhaps a crop of buckwheat or rye before the soils were exhausted. The fields were coming up in sand burs and quack grass. Any timber had been cut.

There was little left to support a farm family. The previous owner had given up and moved to California, the farm house having burned to the ground. The only remaining structure was an old chicken coop, waist deep in chicken and cow manure.

Here in the sand counties, Aldo Leopold initiated a different relationship with the land, at once more personal and more universal. From his own direct participation in its restoration, he was to come to a deeper appreciation of the ecological, ethical, and aesthetic dimensions of land, at the same time finding new dimensions to his sense of place. And so, too, did his family members and colleagues.